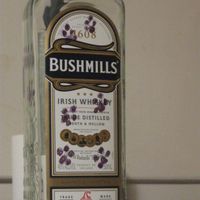 From the recording davey tree service

This is The Chunks only release to date.  It originally was a 8+ minute psychedelic romp involving a  very long guitar solo but when the Cleveland Music Group charged $50/ minute to be on the "Northern Exposure" compilation CD we paired it down to 56 seconds to save money.  We really didn't think it would get selected but it turns out that the Cleveland Music Group as it consisted back in 1993 had magnificent taste after all.  $50 bucks to get on a release that was spread far and wide.  Priceless.

Dormant trees blaze with stark beauty
yet an idle mind holds no such austerity
well defined and crisp against even a grey sky
stoic banners of time wave relentless
endowed with the knowledge of circadian rejuvenation
no such confidence runs deep beneath my crumbling bark
buds of spring were killed by the early frost
maybe there’s room to prune but is there still time
and even with time allotted by some fluke
from where will come the insight as to which branch to clip
high winds shake the deadwood from the emperors of the forest
davey tree service removes it from the kids on the street
and what hand will clear out the tangle of my upper regions
a tree leans towards the sun and clings to mother earth
can it be paralleled
send in the wind........